8th Global Forum of the UN Alliance of Civilizations

The EYVOL programme, has been announced from the United Nations Headquarters in November 2018, on the occasion of the 8th Global Forum of the UN Alliance of Civilizations, attended by UN Secretary-General, H.E. Mr. Antonio Guterres.

Commit2Dialogue: Partnerships for Prevention and Sustaining Peace” was the overarching theme of the, held on 19-20 November, 2018, at the United Nations Headquarters in New York. “Over the past few years we have witnessed a rise of violent extremism, xenophobia, and discrimination. Intolerance and fear of the other continue to prevail in many societies. There is an urgent need to re-commit to interreligious and intercultural dialogue and to the promotion of tolerance, diversity and a culture of peace”. To this end, the Forum provides an open space for UNAOC Group of Friends, UN system entities, civil society including NGOs, faith-based organizations, media and private sector to share good practices on ways to promote dialogue and understanding with partnerships that work.

The United Nations Alliance of Civilizations (UNAoC) was launched in 2005 as the political initiative of the United Nations Secretary-General Mr. Kofi Annan with the co-sponsorship of the Governments of Spain and Turkey. On 6 July 2015, the United Nations General Assembly adopted by consensus Resolution 69/312 “United Nations Alliance of Civilizations”. The milestone resolution provided UNAOC with the institutional status and the political guidance necessary to pursue its work in promoting intercultural dialogue, greater understanding and respect among civilizations, cultures, religions and beliefs. The primary mission of UNAOC is to forge collective political will and to mobilize concerted action at improving cross-cultural dialogue and cooperation among countries and diverse communities to prevent violence and conflict, and promote social cohesion and peace.

UNAOC focuses its activities on four priority areas: Education, Youth, Media, Migration. Since 2008, UNAOC Secretariat has organized seven global forums that were hosted in seven different countries around the world. The UNAOC Global Forum has become a leading platform for promoting interreligious and intercultural dialogue and understanding, as well as for forging collaboration with like-minded partners. In 2018 UNAOC has brought together almost 1,000 participants to the United Nations Headquarters in New York. UNAOC invited participants to share knowledge and explore innovative ways of promoting inclusive approaches to conflict prevention as a pathway for sustaining peace. The Forum was also conceived as a catalyst for building partnerships that will help achieve that goal. As such, the themes and sub-themes of the forum intended to support the Secretary-General’s vision on prevention with its emphasis on the complementarity between sustaining peace and the 2030 Agenda for Sustainable Development including Goal 16 on the promotion of peaceful and inclusive societies. As we are all too aware, the scourge of violent extremism as and when conducive to terrorism remains an ongoing challenge. The spread of hate speech, xenophobia, and incitement to violence against religious and ethnic minorities is on the rise. As a result, countries in many regions of the world are facing challenges to integrating migrants and refugees. Moreover, growing nativist and xenophobic rhetoric, are themselves potent drivers of polarization and extremism.

A session in the Forum’s programme focused on objectives 16 and 17 of the Global Compact for Safe, Orderly & Regular Migration with their respective emphasis on empowering migrants and societies to realize full inclusion and social cohesion as well as eliminating all forms of discrimination and promoting evidence-based public discourse to shape perceptions of migration. In addition, the Forum placed special focus on youth, recognizing that the complex and evolving nature of conflict prevention and peacebuilding requires policy-makers to harness the potential and creativity of young people. They are an overwhelmingly positive asset to our societies with their creativity and dynamism. General Assembly Resolution 70/291 encouraged Member States, United Nations entities, regional and sub-regional organizations and relevant actors to engage young people in promoting a culture of peace, tolerance and intercultural and interreligious dialogue.

The General Assembly also encouraged Member States to empower youth through the promotion of media and information literacy, by including young people in decision-making processes and the development of relevant programmes and initiatives aimed at preventing violent extremism as and when conducive to terrorism. The United Nations Global Counter-Terrorism Strategy and the Secretary-General’s Plan of Action on Preventing Violent Extremism underscore the importance of including and empowering youth in efforts to prevent violent extremism. UN Security Council Resolution 2250 (2015) urged Member States to consider ways to include youth in decision-making processes at all levels in local, national, regional, and international institutions and mechanisms for the prevention of violence and resolution of conflicts.

In this context, UNAOC remains committed to promoting networks of youth and young peace-builders. With this in mind, the forum included presentations by young Alumni of UNAOC programmes showcasing the positive impact that its youth-targeted activities have had on those young people and the communities they work with. Good practices will be showcased for possible replication and up-scale.

PROGRAMME CONTENT OVERVIEW During the Forum, participants convened in 2 Plenary Sessions and 6 Breakout Sessions. The 2 Plenary Sessions: 2 hours each, with 6 speakers and a moderator, followed by an interactive Q&A session with the audience. The 6 Breakout Sessions: 3 parallel sessions per day, will last for 2 hours each with 5 panelists and a moderator. The Youth Event, organized on the first day of the Forum, provided a platform to amplify the voices of youth (UNAOC Alumni) and showcase the impact of their work on their communities.

In particular, in the framework of SESSION 5 focusing on Global Citizenship Education, the EYVOL Project was announced by Massimiliano Montanari and reported as best practice.

Global citizens identify with being a part of an interdependent world community where cultural and ethnic differences are celebrated as a strength rather than weakness. Global Citizenship Education (GCED) is about training young people to be full participants in this type of global society. This involves teaching respect and appreciation for cultural diversity, and a commitment to promoting and protecting human rights. It is about living those values locally, while thinking globally. This Breakout Session will provide an opportunity to highlight the role of formal education, informal education, and advocacy to achieve the Sustainable Development Goal 4 on

GCED is a form of civic learning that encourages people’s active participation in projects that address global issues of a social, political, economic, or environmental nature. GCED aims to instill values, attitudes and behaviors, such as: creativity, innovation, and commitment to peace, human rights, and sustainable development.

On 18 July 2014, global citizenship was added to the language of Sustainable Development Goal 4.7. This indicator focuses on education for sustainable development and lifestyles, a culture of peace and non-violence, and appreciation of cultural diversity. Since 2016, a collaborative group of leaders from civil society organizations accredited by the United Nations ECOSOC and the Department of Public Information aim to create a United Nations International Day of Education for Global Citizenship which UNAOC supports.

Breakout Session 5 intends to showcase good practices for possible replication and expansion as well as create opportunity for participants to network, collaborate, and establish partnerships. To this end, Education is one of the 4 pillars of UNAOC. In this area, successful initiatives were implemented, such as the Media Information Literacy (MIL) for teachers, Young Peacebuilders, Fellowship Program, PLURAL+, and Peace App. 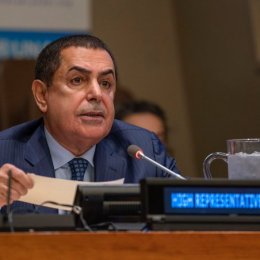 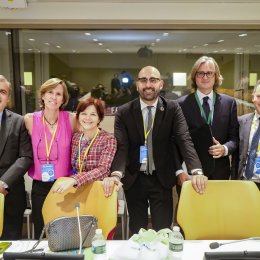 Panellists in the "Global Citizenship Education" 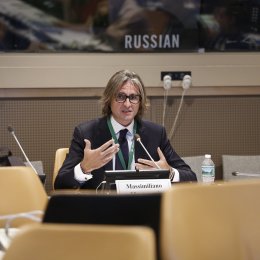 An exclusive selection of videos and documentaries to watch