International coalition of organizations from the Olympic Movement 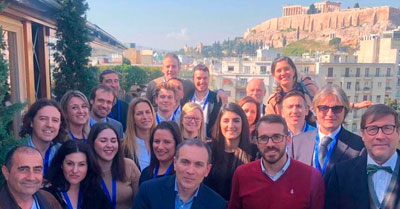 20 February 2019, Athens
An international coalition of organizations from the Olympic Movement, the United Nations, Academia and civil society has started today “EYVOL - “Empowering Youth Volunteers through Sport”, a two-year project co-funded by the European Union within the Erasmus+ programme and aimed at developing a common framework on “Sport Volunteerism”.

The programme, which had been announced from the United Nations Headquarters in November 2018, on the occasion of the 8th Global Forum of the UN Alliance of Civilizations, attended by UN Secretary-General, H.E. Mr. Antonio Guterres, will develop and implement innovative educational methods to train youth volunteers on how to utilize sport to promote inter-cultural dialogue, peace building and socio-economic development, including in the context of social inclusion through sport and major sporting events.

EYVOL, whose initial results will be tested in the enlarged Mediterranean Region, will provide young multipliers (youth leaders and civil society activists and young people specialized in sport) with concrete and action-oriented educational and training tools while assessing the normative and practical conditions to promote sport volunteerism at the international level providing a set of policy recommendations, guidelines and best practices on this regard.

Dr. Constantinos Filis, the IOTC Director, stressed that:”Our project's objective is to inspire young people -- in an era of uncertainty -- using the power of sport. Volunteerism is a step towards solidarity, while constructive interaction between local communities and refugees is an act of responsibility. We have thus joined forces with Save the Dream and prominent partners in the Mediterranean region, also enlisting the invaluable assistance of the European Commission's Erasmus+ programme”.

EYVOL will be officially backed by the United Nations Alliance of Civilizations (UNAOC) and the Association of IOC Recognized International Sports Federations (ARISF) and envisage the participation of Roma Cares Foundation and Al Sharq Forum who will support the partners in the promotion of the initiative or the recruitment, training and deployment of volunteers in sport-related projects and events. 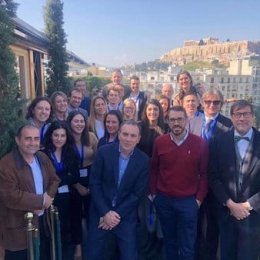 EYVOL Kick off meeting: A DAY OF NETWORKING 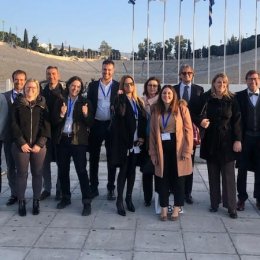 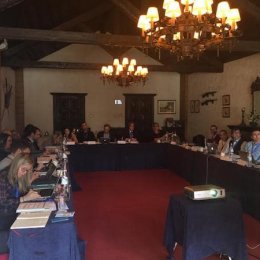 The Team fully engaged in the activity developments

An exclusive selection of videos and documentaries to watch